We are excited to announce the completion of the Italian translation of “Long Live The Emperor”!  It was so awesome to work with our translators and to see this work written in Italian was so exciting for us.

During the time of this work being translated our translators Alessandra and Francesca won the national prize for translation issued by the Italian Ministry of culture! It’s the most important translation prize in Italy

Here is some more about them: 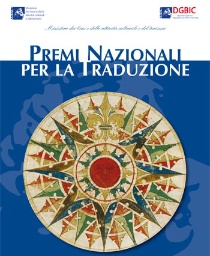 Alessandra Repossi, professional literary translator, has translated over 130 novels and essays for major Italian publishers, from English, French and Spanish into Italian. Together with Francesca Cosi she created a new method of literary translation as a collaborative duo which sparked great interest in translation schools. Among their most recent translated books three works stand out, which show a neat literary style: Rae DelBianco’s novel “Ruvide bestie” (Rough Animals), which takes place in the wide spaces of the American West, “Autobiografia per sommi capi”, a collection of little-known essays by George Orwell, and “La fine delle epidemie” (The End of Epidemics) by Jonathan Quick, which deals with the most discussed topic today.

We are so grateful to them for their wonderful work and we hope to have the Italian version ready for release in the next couple week!