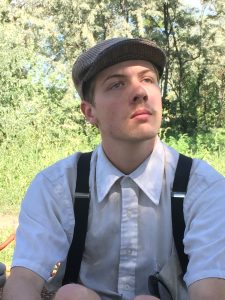 I had a fairly extraordinary childhood living a nomadic life with my mother and little brother.  We traveled and lived at different intentional communities and EcoVillages throughout the western part of the states.   I was educated in the Waldorf tradition of the “Seven Years of Wonder” and was home schooled with a ‘child led’ learning curriculum.  Between the age of five and six I watched a “making of” documentary on the Walt Disney classic Bambi.   It was this early imprint when I first became fascinated in the art of animation and visual story telling. 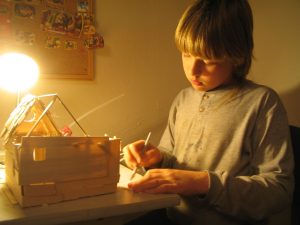 By age ten I decided to fashion my career as a writer and producer of high quality children’s media. Throughout my teen years I devoted the majority of my education to subjects of history, writing and refining my skills as an artist. By age twenty it became obvious to me that I had to start somewhere and making my own animated films was still a long way off so I turned to the medium of graphic novels. Inspired by the visually captivating Nausicaä of the Valley of the Wind graphic novel series by Hayao Miyazaki I decided to embark upon my own journey of writing graphic novels.